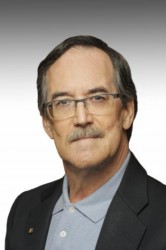 Dr. Robert E. Burke died on January 1, 2018 at the age of 68. He lived in Tenafly, NJ. He graduated from Dartmouth College in 1971 and Cornell Medical School in 1975. He trained in Neurology and Clinical Movement Disorders at Columbia University College of P&S and was subsequently appointed to the faculty where he spent his entire professional career. He was the Alfred & Minnie Bressler Professor of Neurology and Pathology & Cell Biology. He served as Director of the Laboratories for Research in Parkinson's Disease and led the NIH supported Morris Udall Research Center. He had expertise in clinical movement disorders and the neurobiology of Parkinson's Disease and trained many students, residents and fellows. His research centered on the molecular basis of cell death in dopamine neurons and the neurobiology of their axons. He held leadership positions in the American Academy of Neurology, the Movement Disorder Society and the World Parkinson Congress. He was elected as a Fellow of the American Association for the Advancement of Science and received awards from the Dystonia Medical Research Foundation and the Michael J. Fox Foundation.

Above all, he was deeply devoted to his family and was always able to gracefully balance his professional career with a rich family life. He was incredibly supportive of his wife and her medical career, and they raised their two wonderful children with inseparable partnership. More recently he was an amazingly involved grandfather, and was enjoying sharing his many interests with his two young grandsons. He loved gardening, woodworking, photography, sailing, hiking, cycling, and scuba diving, and was also a voracious reader - his intellectual curiosity was insatiable.

He is survived by his wife Dr. Sharon Wardlaw; his daughter, Michele Pellegrini and Michele's husband, Brian Pellegrini and their children, Nolan and Leo; his son Dr. Daniel Burke and his companion Dr. Sophie Miro-Fortier; his brothers Bill, Tony, and Michael and sisters, Carol, Kathy and Beatrice. A memorial service will be held at the Frank Campbell Funeral Chapel in Manhattan on Sunday, January 7 at 1:30pm. In lieu of flowers consider a donation in Bob's honor to the Movement Disorders Division (payable to the Trustees of Columbia University, CUMC Office of Development, 516 West 168th St., NY, NY 10032).