We spoke with ANA Past President David Holtzman, MD, the Andrew B. and Gretchen P. Jones Professor and Chairman of Neurology, Professor of Developmental Biology, Associate Director of the Alzheimer’s Disease Research Center, and scientific director of the Hope Center for Neurological Disorders. Dr. Holtzman discusses the promising treatment research for Alzheimer’s disease, what his lab is doing to understand the disease, and more.

What does the public need to understand about Alzheimer's disease that it often doesn’t?

One of the most common things that the general public doesn't understand is the term “dementia.” Dementia means a decline in memory and thinking that leads to social and occupational dysfunction, and there are many different things that cause dementia. Alzheimer's disease is the most  common contributor to dementia in people over the age of 65, but there's many other things that can also cause or contribute to dementia, in addition to Alzheimer's disease.

How are treatment options for Alzheimer's disease different today than 10 years ago?

In terms of approved treatments, the major change that happened as of June 7, 2021 is the FDA’s decision to allow for fast-track approval of the anti-amyloid antibody Aducanumab (brand name Aduhelm) using the accelerated approval pathway (see https://www.fda.gov/drugs/news-events-human-drugs/fdas-decision-approve…).

What promising research is poised to change the standard of treatment for Alzheimer's disease?

In addition to Aducanumab, there are at least three different anti-amyloid antibodies that all show promise.  There are also other targets that are very promising that are being actively worked on including trying to target tau, inflammation, and other pathways.

What work is your lab undertaking to move understanding or treatment for Alzheimer's disease forward?

We published data in animal models that may move into humans where we have targeted apoE as a potential therapy. My lab has contributed to trying to target three of the major targets for Alzheimer’s disease.

How has the ANA supported your career and/or work in this area?

The ANA has been a platform for my leadership role in academic neurology over the last few years. Importantly, it enables physician-scientists like myself and many ANA members at all academic ranks to gather together and run data by each other in a way that allows peers that are working in similar or related topics to get feedback from other experts. It has provided a way to help people to network with each other, from around the country and around the world. So, it's been a platform to allow us to present our ideas, communicate, and network with people that are doing similar things.

Want to learn about more of the groundbreaking research being conducted by ANA members? Read past editions of The ANA Q&A. 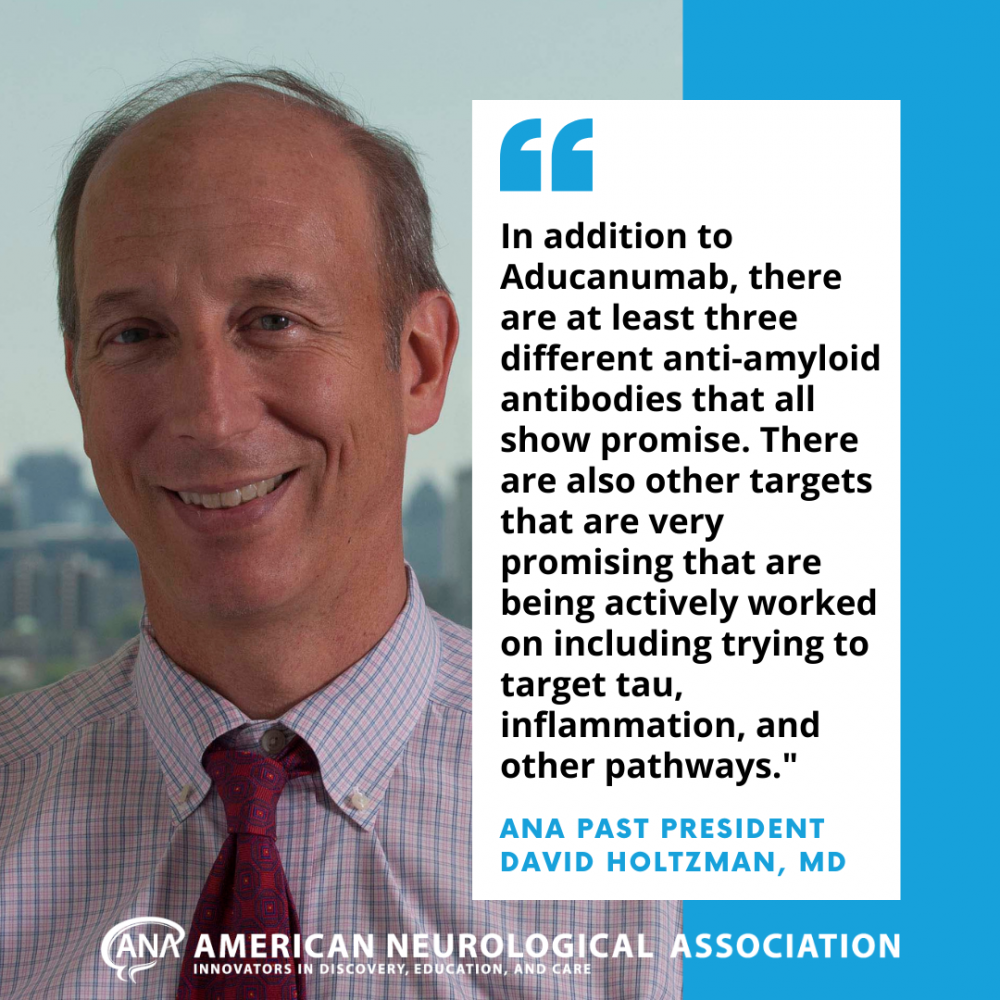