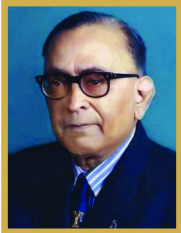 Dr Krishnamurthy Srinivas, a true pioneer in neurology and the man behind the prestigious Institute of Neurological Sciences at the Voluntary Health Services (VHS), died here on Wednesday.

He was 84 and is survived by his wife, two daughters and son Dr Ennapadam S Krishnamoorthy who is a senior consultant in behavioral neurology & neuropsychiatry. Srinivas was admitted to a private hospital a couple of days due to age-related illness and passed away on Wednesday morning, his family said.

The first doctor to achieve the qualification of Doctor of Medicine in Neurology in the country, Srinivas was instrumental in setting up the Department of Neurology, now famously known as the Institute of Neurological Sciences, at the VHS after he joined the organisation along with Prof K.S. Sanjivi.

Born in 1933 in Kozhikode in Kerala to the then top bureaucrat with the British E.S. Krishnamoorthy, Srinivas did his schooling from the prestigious Doon School, his pre-university course from Loyola College before he joined the Madras Medical College. A top-notch specialist in the field of neurology, Srinivas was flooded with lucrative offers from several countries that had a much better infrastructure for medical research, but he chose to remain in the country and concentrate on providing health care to people in India. “I needed to be at a place where I could treat anybody, including poor patients and have the freedom to do what I chose to do,” he had once said when asked why he chose to be in India.

Srinivas, who had rubbed shoulders with late Jawaharlal Nehru and Indira Gandhi, had also been associated with the American Academy of Neurology, American Neurological Association and Royal College of London, Glasgow and Edinburgh.

Having served at the Madras Medical College and other medical colleges in Chennai for more than 50 years, Dr Srinivas had published over 50 research articles in neurosciences in several national and international journals.

Addressing the celebrations of 50 years of community neurology in Chennai, Dr Srinivas had laid stress on the need to talk to the patients about their illness and the art of “breaking the news” slowly to them about the diagnosis of diseases. “How to talk to your patient is a part of the treatment, as it is what that gives us the diagnosis,” he had said.

Published in the Deccan Chronicle on November 2, 2017.