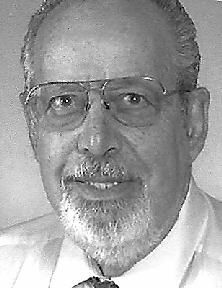 Edwin Charles, age 86, of Richmond, beloved husband, father and grandfather, passed away September 8, 2015. He was born in Johannesburg, South Africa and lived and had his early education in Boksburg. He received a degree in engineering and then his Medical Degree at the University of the Witwatersrand in 1956. In 1970 he went to Johns Hopkins University Hospital in Baltimore for a fellowship in neurology and child neurology, then moved to Richmond in 1973 where he was a professor at the Medical College of Virginia for 34 years. He is survived by his loving wife of 45 years, Ann Farren; and his three children; Jennifer (James) and their sons, Owen and Nate; Landon (Leigh) and their daughters, Cami and Rae; and Jonathan (Dana) and their children Zach and Emma. His sister lives in Sheffield in the UK. In the 1980s and 1990s he was involved in research in SIDS and endorphins and was a member of numerous scientific and medical societies. He published numerous papers and was an author and co-author of many books on child neurology. He retired from MCV/VCU in 2007, after many years as Chief of Child Neurology. His favorite hobby was surf-fishing off the coast of North Carolina at Kitty Hawk and Hatteras. He spent many happy days teaching his children how to fish. He'll be remembered for his love of joke-telling. A short time ago he said he hoped his friends would honor him by telling a joke in his memory. Funeral arrangements are private.

Published in Richmond Times-Dispatch in Sept. 2015.