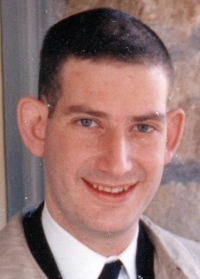 He was born January 27, 1935 in Baltimore, MD; the son of Benjamin and Miriam (Helfgott) Sax. He was raised in Baltimore and served in the U.S. Navy during the Vietnam War. He received his Bachelor’s degree from Johns Hopkins University and his Doctor of Medicine from University of Maryland Medical School. Dr. Sax served his Neurological residency at Boston City Hospital. He was a staff Neurologist at University Hospital now Boston Medical Center, and at Gifford Medical Center in Randolph since 1976.

Funeral Services will be held at 2:00pm Sunday, October 30th at the Day Funeral Home in Randolph, with Rabbi Dov Taylor, officiating. Burial will follow at Randolph Center Cemetery. The family will sit Shivah at the Sax residence at 5:00pm Sunday. In lieu of flowers, family request donations to the American Autoimmune Related Diseases Association, 22100 Gratiot Avenue, Eastpointe, MI 48021-2227 or to a charity of your choice. Online condolences may be left at www.dayfunerals.com.