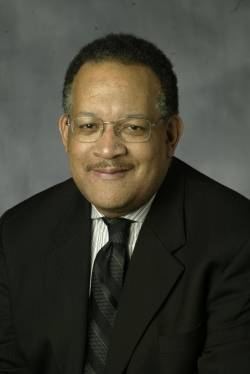 Dr. Richard Payne 8-24-51 1-3-19 Colleague, friend and mentor Dr. Richard Payne, an internationally recognized expert in neurology, oncology, pain management, palliative care and bioethics, died January 3, 2019 of complications from a cancer diagnosis. Dr. Payne was an internationally renowned physician who cared for the needs of seriously ill patients and instilled in his medical trainees and colleagues an appreciation for trust in the doctor-patient relationship and the relief of physical, psychosocial and spiritual suffering. He served as the John B. Francis Chair in Bioethics at the Center for Practical Bioethics from 2013 until the time of his death. His affiliation with the Center began in the mid-1990s serving as an advisor on a project to improve end-of-life care for all Americans. He developed medical education to improve physician care for those facing serious illness and outreach efforts to engage diverse groups of clinicians in caring for vulnerable minority and underserved populations. He helped reach African American physicians and other clinicians serving patients and families of all classes, races and faiths through a diverse, multidisciplinary, integrated community-wide approach. His work as the John B. Francis Chair focused on access to care, health decision making among underserved Americans and its impact on care delivery and patient outcomes. He also led the Center's exploration of and responses to emerging ethical issues, including genetic engineering, expanded access for drug treatment, public/private partnerships, collision sports and medical professionalism. Dr. Payne's insights into how goal setting among underserved populations occurs was informed by his extensive personal experience in dealing with those living with serious illness, pain and chronic conditions from all walks of life. Prior to his Center appointment, Dr. Payne served as Chief, Pain and Symptom Management Section, Department of Neurology, at MD Anderson Cancer Center from 1992 to 1998, and from 1998 to 2004 led the Memorial Sloan-Kettering Pain and Palliative Care Service while holding the Anne Burnett Tandy Chair in Neurology as Professor of Neurology and Pharmacology at Cornell University Weill Medical College. He served as president of the American Pain Society in 2003 and 2004, and from 2004-2012 directed the Duke Institute on Care at the End Of Life where he taught as Esther Colliflower Professor of Medicine and Divinity at Duke University. His global work included stints as board chair of the Foundation for Hospices in Sub-Saharan Africa, a program of the National Hospice and Palliative Care Organization, and numerous appointments to national boards and committees, including the National Academies of Science, Engineering and Medicine, and the National Institutes of Health. He lectured worldwide and published more than 275 articles and manuscripts and edited four books. For the last 11 years, he nurtured his love of bioethics as a board member of the New York based Hastings Center, for which he co-authored The Hastings Center Guidelines for Decisions on Life-Sustaining Treatment and Care Near the End of Life that set standards for care of the dying. He led The Hastings Center Cunniff-Dixon Physician Award selection process recognizing physician excellence in care for patients near the end of life. Dr. Payne received a B.A in molecular biophysics and biochemistry from Yale University in 1973 and his M.D. from Harvard Medical School in 1977. He completed postgraduate training in medicine at the Peter Bent Brigham Hospital in Boston and in neurology at The New York-Presbyterian Hospital-Weill Cornell Medical Center and Memorial Sloan Kettering Cancer Center in New York City. Survivors include Richard's beloved wife Terrie Payne, son Richard Payne, Jr., daughter Susan Oziogu and spouses, along with four young grandchildren Tripp, Sloan, Justus and Zara and loving extended family.